The City of Robinson holds elections on the November Joint General Election Date for McLennan County. Information regarding each general election will be added as we get closer to the November election, and as it is received.

City of Robinson Council Members are elected “at-large,” each representing the entire community.  Three City councilmember positions are expiring, those councilmembers are listed below. However, all three councilmembers ran unopposed and are declared elected to office per Ordinance NO. 2019-025. These councilmembers will be issued certificates of election following the time the election would have been canvassed.

Notice of Drawing for Place on Ballot

The drawing to determine the order in which the names of candidates are to be printed on the ballot for the November 5, 2019 election for the City of Robinson is set for 9 a.m. on Tuesday, August 20, 2019. This will be held at Robinson City Hall, 111 W. Lyndale Ave., Robinson, TX. Find the official notice here.

To run for City Council, a candidate must file for office within the posted filing period. The filing period can be found in the Notice of Deadline to File and the General Election Candidate Packet. In addition, see below for qualifications outlined by the City of Robinson Charter and the State of Texas Election Code. 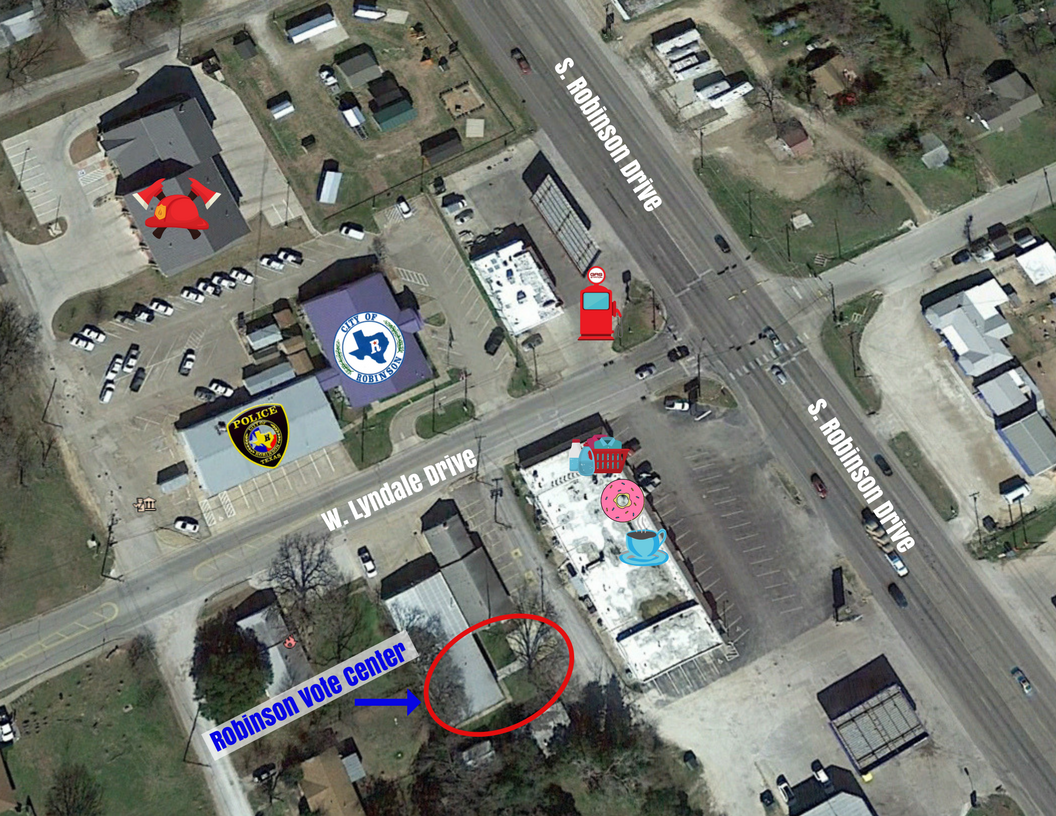 Applications for ballot by mail should be mailed to:

Applications for ballot by mail must be received no later than the close of business on October 25, 2019:

The first day to apply for an annual Ballot by Mail is January 1, 2019.

Last Day to Register to Vote is 30 days prior to an election.

Pursuant to State Law, voter ID is required when voting in the State of Texas. For detailed information on this law, visit the Texas Secretary of State's website. 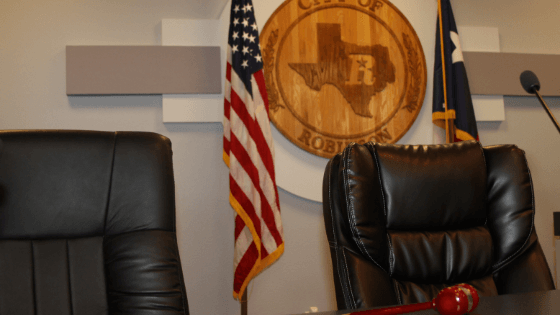 City of Robinson Council Members are elected “at-large,” each representing the entire community.  Four City councilmember positions are expiring in 2020, those councilmembers are listed below. Each councilmember is elected at-large for two-year terms.

Deadlines for Filing an Application for a Place on the City of Robinson General Election Ballot for 2020: