The City of Robinson is bounded by Interstate Highway (IH) 35 to the north, Rosenthal Parkway to the south, South 12th Street to the east, and Surrey Ridge Road to the west. Major thoroughfares through the City include U.S. Highway 77 and Moonlight Drive. Robinson adjoins the corporate limits of the City of Waco at IH 35 in central McLennan County. Neighboring cities include Waco to the north, Lorena to the south and Hewitt to the west.

Robinson is positioned southeast of Waco, encompassing a portion of the I-35 corridor, which runs between Dallas and Austin. Conveniently located in the heart of Texas, it takes residents approximately an hour and a half to make a trip to Austin and approximately the same amount of time to the Dallas-Fort Worth Metroplex. It includes 31.468 square miles of land, and is one of largest cities in McLennan County (second only to Waco). 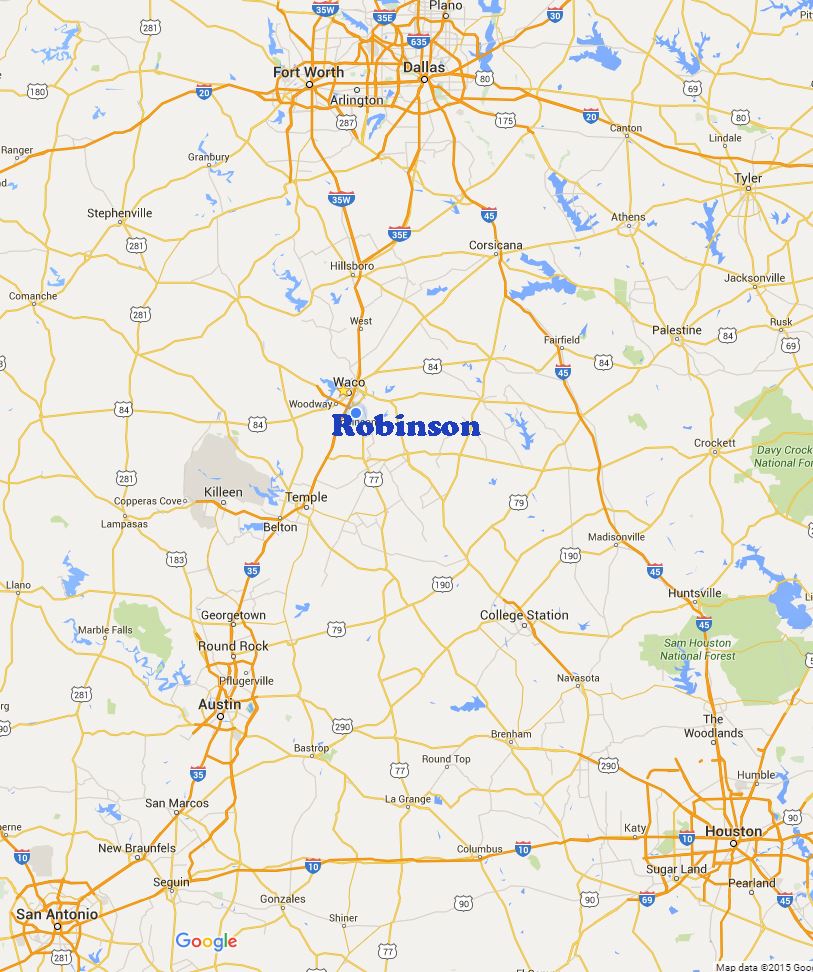