Robinson uses the council-manager form of government, which is the most common form of municipality in Texas. The seven-member elected City Council sets policy and appoints a City Manager who is responsible for the day-to day operations of the City. 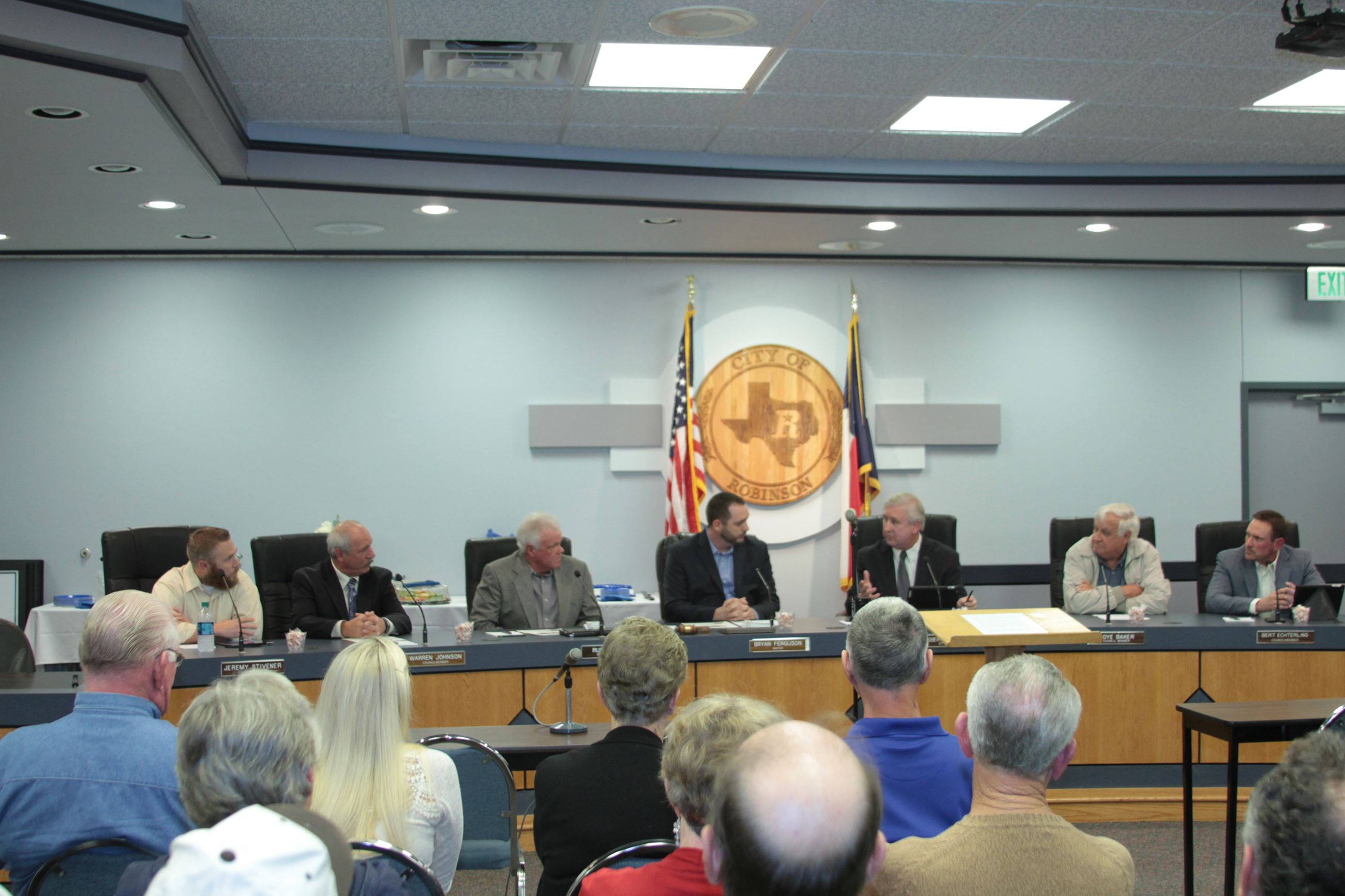